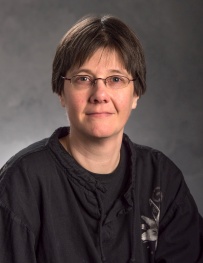 Professor Gade joined MSU in 2004. She has distinguished herself as one of the leading experimental scientists in nuclear physics. Her research interests are in the study of the structure of the atomic nucleus at the extremes of neutron-proton asymmetry. Her research group performs scattering experiments to characterize the bulk effects of these changes by assessing the deformation of a nucleus and its excitation pattern. The researchers uses beams of rare isotopes to induce particular nuclear reactions in which parts of the nucleus are knocked out or added to a rare isotope, which then allows her to track the exciting modifications of nuclear structure on the level of the neutron and proton quantum mechanical orbits that make up the nucleus on a microscopic level.

Gade's leadership has been recognized with several prestigious national and international awards, including the Zdzisław Szymański Prize, a DOE Outstanding Junior Investigator Award, a Sloan Research Fellowship and an American Physical Society Fellowship.

William J. Beal Outstanding Faculty Awards, formerly (before 2014) the Distinguished Faculty Awards, are made each year to members of the regular faculty, i.e., tenure system faculty and librarians in the continuing appointment system, for outstanding total service to the University. MSU College of Law tenure system faculty, Facility for Rare Isotope Beams/National Superconducting Cyclotron Laboratory (FRIB/NSCL) faculty and Health Programs (HP) faculty are also eligible for nomination. Each college making nominations for the award has its own detailed criteria and methods for nomination. The nominations are based on teaching; advising; research; publications; art exhibitions; concert performances; committee work; public service including extension, outreach and work with government agencies and industry; or a combination of these activities. Administrative excellence and length of service may not be used as the sole criteria for nomination. However, nominees usually have at least five years of service at Michigan State University. No more than ten William J. Beal Outstanding Faculty Awards shall be made each year.

For additional information, see this MSU Today article or this article on the MSU College of Natural Science website.