EAST LANSING, Michigan. A retired paper industry engineer who attended Michigan State in his youth has made the Michigan State University (MSU) College of Natural Science (CNS) the recipient of a rare dual endowment.

George A. Brown of Dallas, Texas, has created two endowed professorships, one each in the Department of Chemistry and the Department of Physics and Astronomy, and named them after illustrious Spartans in his family. 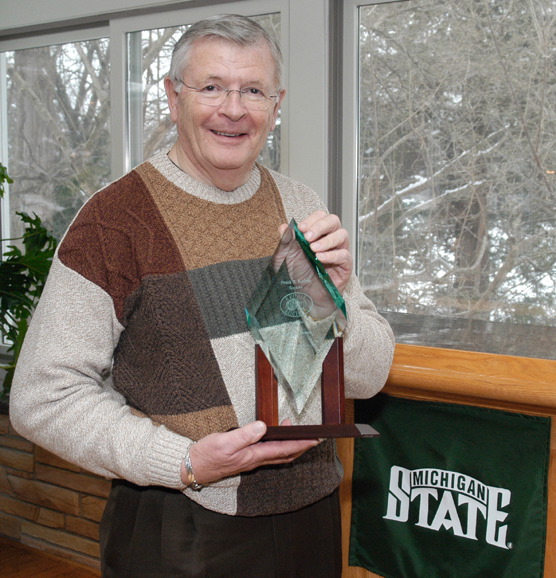 The Harry Lambert Brown Endowed Chair in Chemistry is named for George's father, who worked for 47 years at the American Agricultural Chemical Company and who was on the team credited with the invention of the ubiquitous gelatin capsule in which so many vitamins and pharmaceuticals are dispensed.

The George Arthur Brown Endowed Chair in Physics is named for George's late uncle, who was an Agriculture faculty member and chair of the former MSU Department of Animal Husbandry.

"Endowed faculty positions are a top priority of the current Campaign for MSU," noted CNS Dean George Leroi. "These particular endowments are critical in the effort to compete for leading faculty in the vital fields of chemistry and physics."

George Brown attended MSU for four years during the 1950s, and although ultimately graduating in economics from St. Mary's in San Antonio, Texas, he remembers his time at MSU with fondness and humor. Brown had a 33-year career in the paper and pulp industry including the Georgia Pacific Company, retiring as Director of Engineering at Spartan Bonded Manufacturing Company, before launching a 12-year golf business in Florida. He is a proud father of his growing family of six children, 18 grandchildren and two great grandchildren.