Ever since she was an undergraduate student, Devyn Rysewyk aspired to travel to Antarctica and study neutrinos, or ghost particles.

“Neutrinos are very elusive and mysterious particles,” said Rysewyk, a Michigan State University graduate student in the Department of Physics and Astronomy. “They can travel through entire planets before interacting with anything. We see very high energy neutrinos coming to Earth from space, but their sources are currently unknown, and I want to help investigate where they are coming from,” she explained. 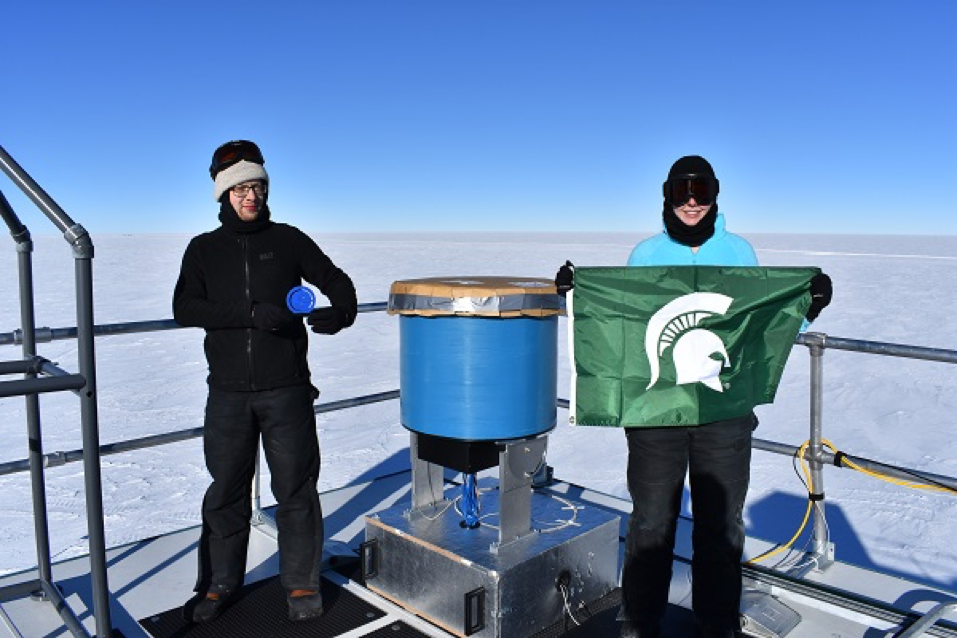 Devyn Rysewyk (R) stands next to Martin Rongen, of RWTH Aachen University in Germany and Rysewyk's teammate, and the finished particle detector prototype atop the IceCube Laboratory located at the Amundsen-Scott South Pole Station.

When Rysewyk graduated from MIT, the Massachusetts Institute of Technology, she came to MSU to study high energy physics and discovered that she could make her Antarctica dream a reality. Rysewyk had designed potential layouts for an array of particle detectors one year before she was selected to travel to the National Science Foundation's Amundsen-Scott South Pole Station to install a prototype telescope at IceCube, the world's largest neutrino observatory. 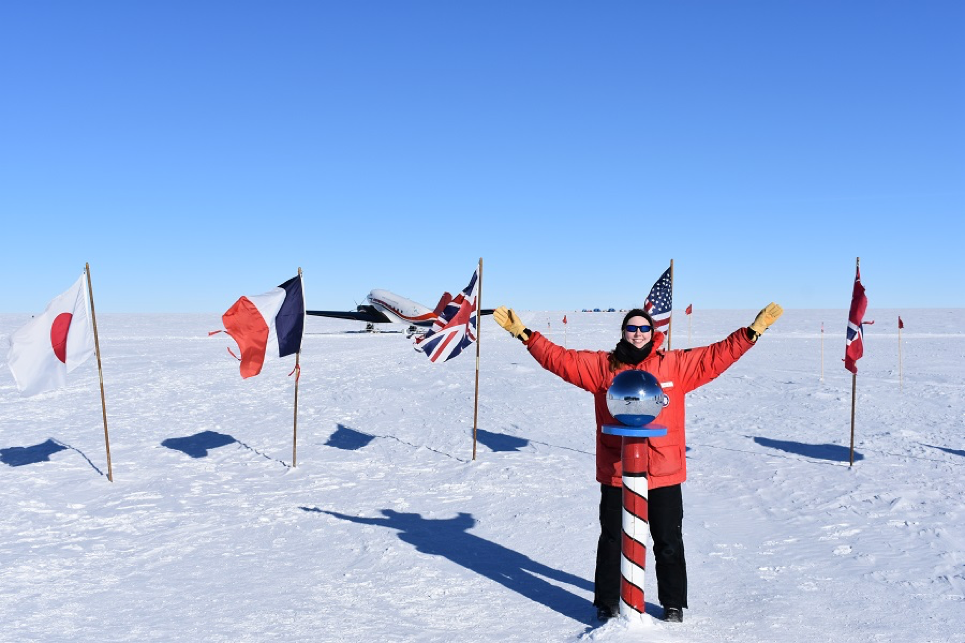 “I always wanted to go to the Pole! When I found out about IceCube as undergrad at MIT, I told Tyce DeYoung [Associate Professor of Physics & Astronomy at MSU] it was a dream of mine to go there,” Rysewyk said. “This is my first time going to Antarctica, and I hope to go back soon!”

Knowing how challenging neutrinos are to study, IceCube began investigating a new type of telescope, called IceACT, to augment the existing IceTop cosmic ray detector on the surface above IceCube. This high-tech detector, about the size of a coffee table, studies cosmic rays and can also assist IceCube in distinguishing between atmospheric and astrophysical neutrinos. 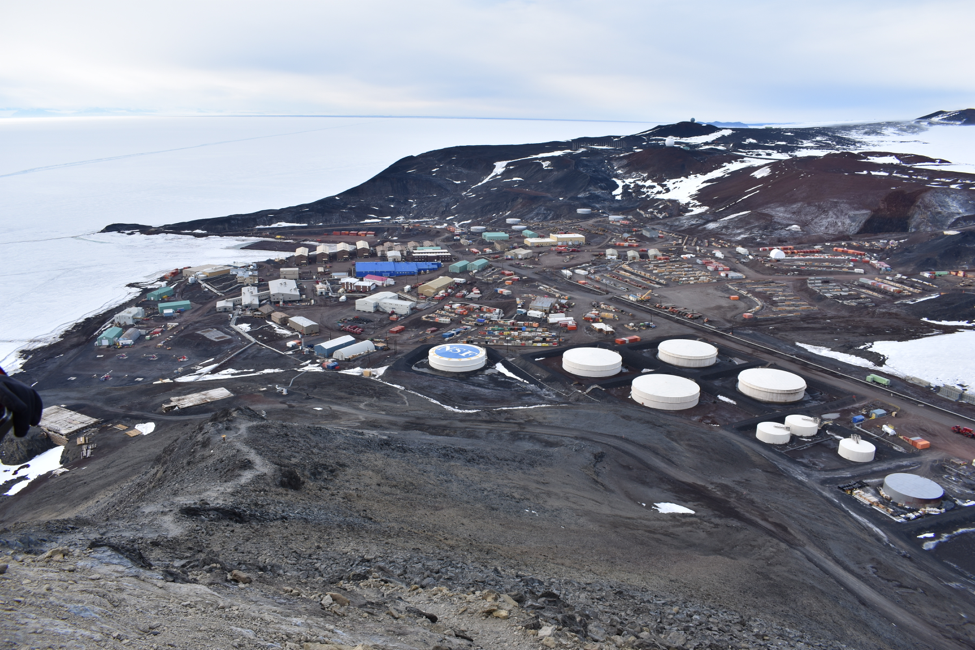 NSF's McMurdo Station, located on southern coast of Ross Island in Antarctica, from the summit of Observation Hill. Rysewyk and teammates spent some time exploring the terrain around the station while their flight from McMurdo to the Pole was delayed by bad weather.

The telescope was built by IceCube partners in Germany and shipped to the Pole before Rysewyk arrived. While the telescope enjoyed smooth travels, Rysewyk's trip was anything but smooth. She was delayed for several days during her trip to the Pole — which included a few days waiting at NSF's McMurdo Station on Ross Island, just off the eastern coast of Antarctica — by bad weather. To avoid watching the clock, Rysewyk kept busy by hiking the surrounding terrain, photographing the beautiful scenery and observing seals and penguins. 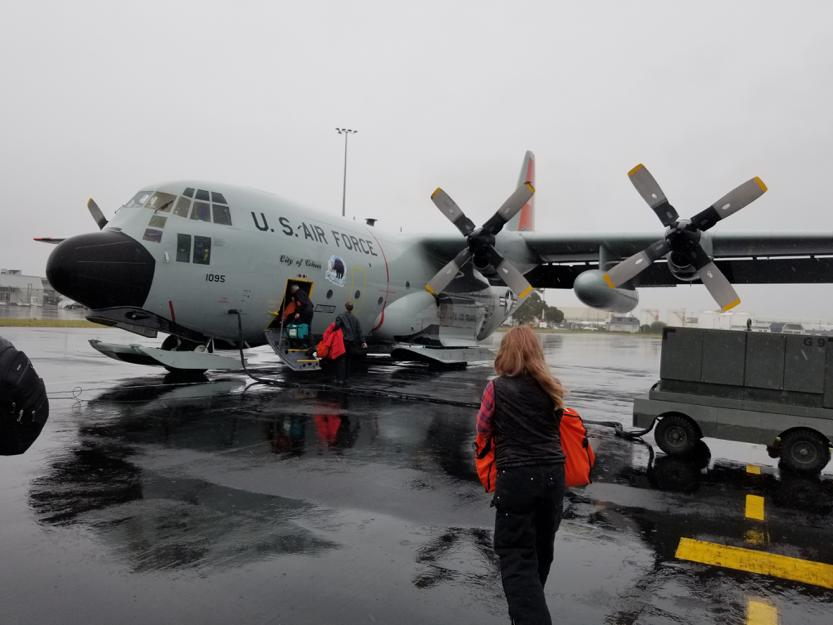 Rysewyk boarding the C-130 cargo plane that took IceCubers and other visitors from Christchurch, New Zealand, to NSF's McMurdo Station. Three attempts were needed to make the trip successfully after "boomeranging," turning around mid-flight due to weather complications.

Finally, Rysewyk landed at the South Pole and immediately began working at IceCube. Rysewyk had to adapt to the higher altitudes, inconceivably frigid and dry weather and day-to-day station life — even her daily exercise routine changed and shortened due to the drastic altitude: the station is at 9,200 feet above sea level. When installing the telescope and working with her hands, Rysewyk could only work outside for short stints to avoid cramping and frostbite.

Mounting the telescope to the roof of the IceCube Laboratory building seemed simple on paper: build the telescope and transport it to its designated location. However, Rysewyk found herself needing to “MacGyver” solutions due to some unexpected problems. 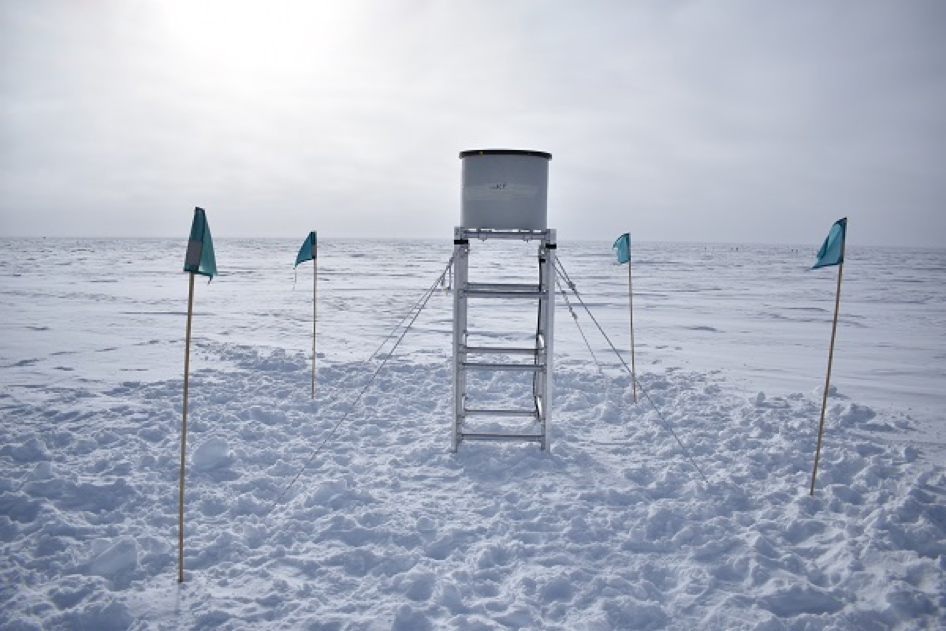 Rysewyk helped install a field-deployable version of IceACT on the surface near the IceCube Laboratory to verify that telescopes could be deployed over the Antarctic winter without being buried by drifting snow.

“We had to route cables from the server room to the telescope, strapping them to the rails to not pose a trip hazard on the roof. We initially used zip ties, but they kept breaking because of the cold so we switched to Velcro.”

After the many attempts and adjustments, Rysewyk and her colleagues finally flipped the switch to see the telescope successfully come online. Excited and relieved to complete the main task, Rysewyk had little time to celebrate the accomplishment due to the other tasks on her to-do list. 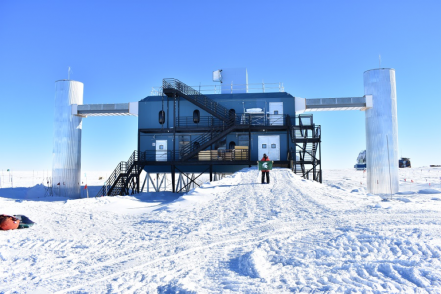 Once the telescope was installed and the cables were no longer trip hazards, Rysewyk tackled her secondary task of installing a field-deployable version of IceACT on the surface near the IceCube Laboratory, to verify that telescopes could be deployed over the Antarctic winter without being covered by drifting snow.

The telescope brings science one step closer to discovering the sources of ghost particles and will contribute to the world's largest neutrino data set at IceCube.

“Living on station is a one-of-a-kind experience, and I enjoyed every day I spent there,” Rysewyk said. “I will definitely be sad to leave, but I can't wait to get back to East Lansing to see my husband and my kitties. I will definitely be looking for opportunities to go back again!” 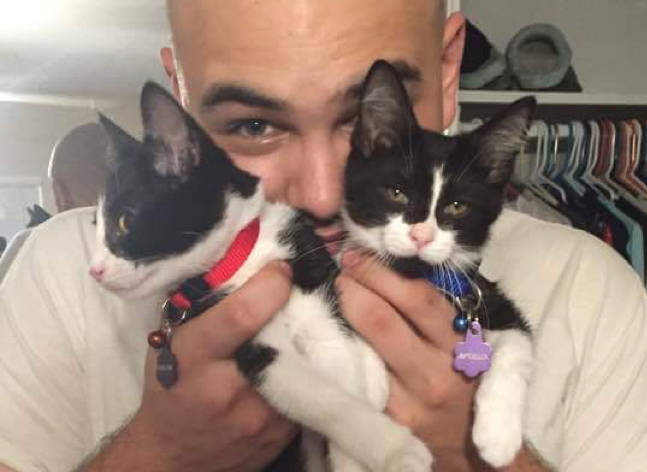 Rysewyk's husband, Zach, and two cats, Apollo and Vulcan, patiently waiting for her to come back to East Lansing after her trip to the South Pole. 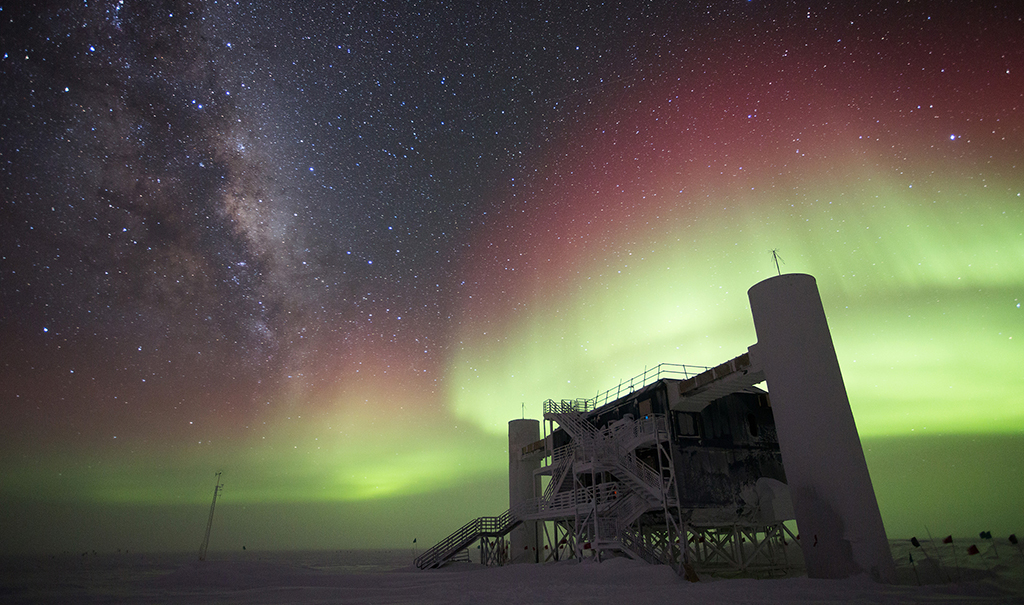 The IceCube Neutrino Observatory encompasses a cubic kilometer of ice under the surface of the Antarctic icecap at the South Pole. This is a photo of the laboratory building at the surface on a winter night with auroral activity.

This news feature is reprinted from the March 2, 2018 MSU Today article by Caleb Hoover and Layne Cameron of MSU Media Communications, with permission.