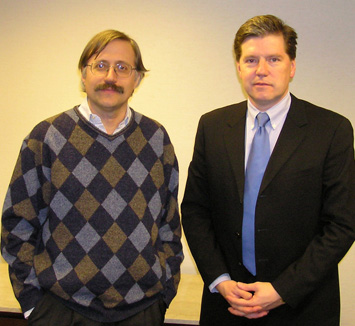 Randy, who received his Bachelor of Arts degree in History with a minor in Math from MSU in 1974, is Co-Chief Operating Officer of the Technology Division and a Managing Director for Goldman Sachs, a global investment banking and securities firm headquartered in New York. He and his wife, Phyllis Green, have two children, Sarah and Matthew.