March 2001: Randy Cowen endows chair in honor of his father with $1.5M donation 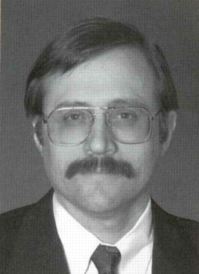 MSU graduate Randolph L. Cowen of New York has donated $1.5 million to the Department of Physics and Astronomy to create the Jerry Cowen Endowed Chair in Experimental Physics. It is named in memory of Randy's father, to honor his life and physics career at Michigan State University.

In 1955, with the support of his wife Elaine, of Okemos, Michigan, Jerry began teaching in MSU's Physics department where he had earned his Ph.D. He excelled in both materials science research and teaching, particularly at the undergraduate level - something he continued to do until weeks before his death in January 1999. His research spanned five decades with many international collaborations.

"His passion and commitment to his research became an inspiration for all the members of our family to strive to have an impact in a field that we love," explained Randy. "My father dedicated his life to research in the field of solid state physics. He was always looking for new ways and materials to look at.

"I want to see MSU have one of the best research efforts in the country in the field of solid state physics so that cutting-edge research can go on," Randy continued, "but also to draw a new generation of physics graduate students like my father to the university."

Randy shared that he did not fully appreciate his father's teaching career until he attended MSU as an undergraduate. "Some of my friends who took his courses started to describe my father's enthusiasm in lecturing to large rooms of students," he said. "They took away not only a thorough grasp of the material that he taught, but also a vibrant image of his enthusiasm as he wrote across the chalkboard."

Randy, who received his Bachelor of Arts degree in History with a minor in Math from MSU in 1974, is Co-Chief Operating Officer of the Technology Division and a Managing Director for Goldman Sachs, a global investment banking and securities firm headquartered in New York. He and his wife, Phyllis Green, have two children, Sarah and Matthew.