For more than three years, scientists on the NOvA collaboration—which includes Michigan State University physicists—have been observing particles called neutrinos as they oscillate from one type to another over a distance of 500 miles. Now, in a new result unveiled at the Neutrino 2018 conference in Heidelberg, Germany, the collaboration has announced its first results using antineutrinos and has seen strong evidence of muon antineutrinos oscillating into electron antineutrinos over long distances—only a hint of this phenomenon has been seen previously.

NOvA, based at the U.S. Department of Energy's Fermi National Accelerator Laboratory, is the world's longest-baseline neutrino experiment. Its purpose is to discover more about neutrinos—ghostly yet abundant particles that travel through matter mostly without leaving a trace. The experiment's long-term goal is to look for similarities and differences in how neutrinos and antineutrinos change from one type—in this case, muon—into one of the other two types, electron or tau. Precisely measuring this change in both neutrinos and antineutrinos, and then comparing them, will help scientists unlock the secrets that these particles hold about how the universe operates.

There is no naturally occurring antimatter, so the universe is highly asymmetric, but how it got that way is unknown. “Perhaps neutrino oscillations generated this asymmetry,” said Carl Bromberg, a professor in the MSU Department of Physics & Astronomy in the College of Natural Science.

“Our current data samples are too small to prove conclusively that an asymmetry in neutrino oscillations exists,” said Bromberg, who specializes in experimental high energy physics. “With three to five additional years of data taking, NOvA will be trying to prove that at the Big Bang creation of the universe, it was neutrino, or neutrino-like, particle oscillations that produced its matter and anti-matter asymmetry.”

NOvA uses two large particle detectors—a smaller one at Fermilab in Illinois and a much larger one 500 miles away in northern Minnesota—to study a beam of particles generated by Fermilab's accelerator complex and sent through Earth, with no tunnel required. 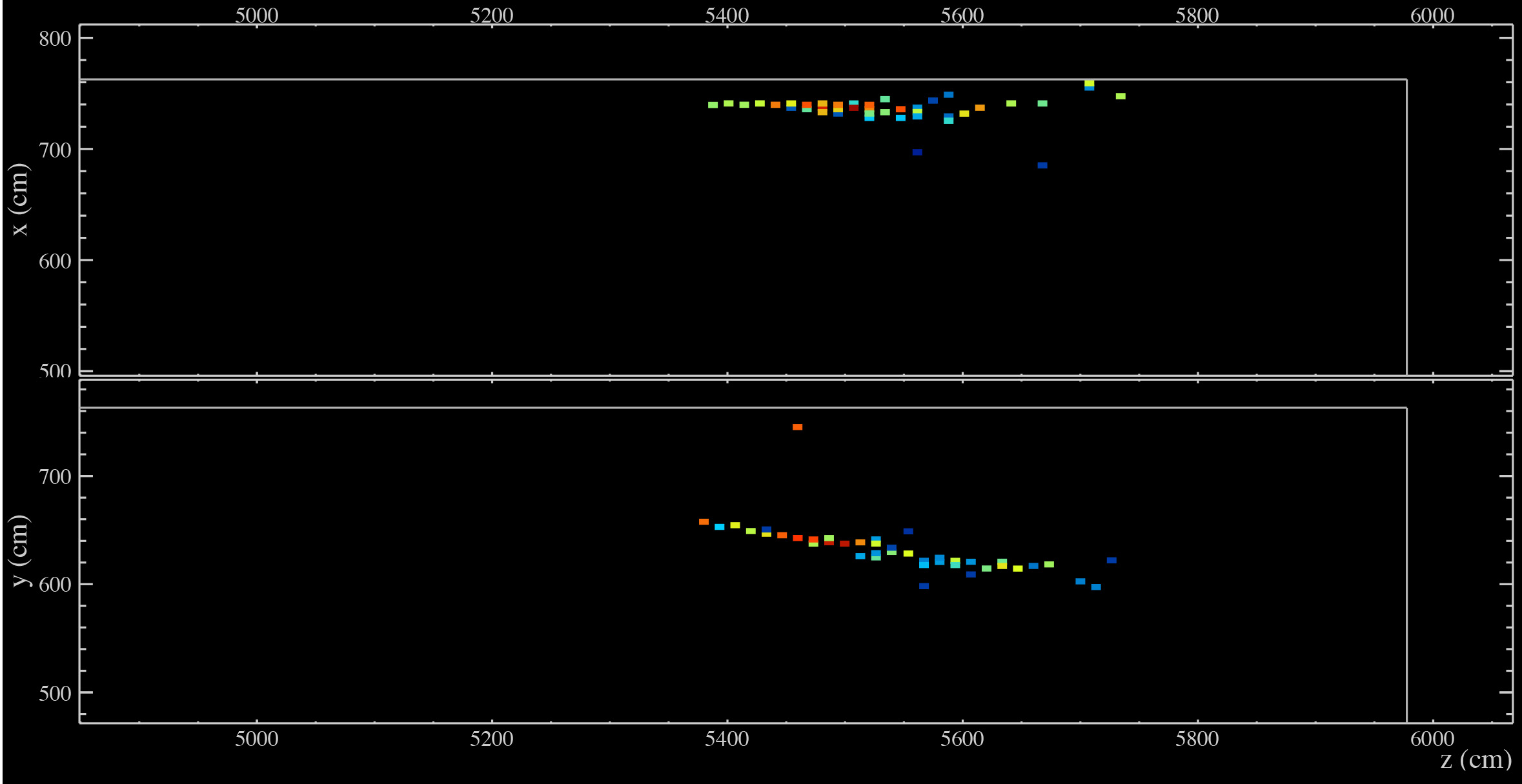 If antineutrinos did not oscillate from muon type to electron type, scientists would have expected to record just five electron antineutrino candidates in the NOvA far detector during this first run. But when they analyzed the data, they found 18, providing strong evidence that antineutrinos undergo this oscillation.

“Antineutrinos are more difficult to make than neutrinos, and they are less likely to interact in our detector,” said Fermilab's Peter Shanahan, NOvA collaboration co-spokesperson. “This first data set is a fraction of our goal, but the number of oscillation events we see is far greater than we would expect if antineutrinos didn't oscillate from muon type to electron. It demonstrates the impact that Fermilab's high-power particle beam has on our ability to study neutrinos and antineutrinos.”

Although antineutrinos are known to oscillate, the change into electron antineutrinos over long distances has not yet been definitively observed. The T2K experiment, located in Japan, announced that it had observed hints of this phenomenon in 2017. The NOvA and T2K collaborations are working toward a combined analysis of their data in the coming years.

“With this first result using antineutrinos, NOvA has moved into the next phase of its scientific program,” said Jim Siegrist, associate director for DoE's High Energy Physics. “I'm pleased to see this important experiment continuing to tell us more about these fascinating particles.”

NOvA's new antineutrino result accompanies an improvement to its methods of analysis, leading to a more precise measurement of its neutrino data. From 2014 to 2017, NOvA saw 58 candidates for interactions from muon neutrinos changing into electron neutrinos, and scientists are using this data to move closer to unraveling some of the knottiest mysteries of these elusive particles.

The key to NOvA's science program is comparing the rate at which electron neutrinos appear in the far detector with the rate that electron antineutrinos appear. A precise measurement of those differences will allow NOvA to achieve one of its main science goals: to determine which of the three types of neutrinos is the heaviest and which the lightest.

Neutrinos have been shown to have mass, but scientists have not been able to directly measure that mass. However, with enough data, they can determine the relative masses of the three, a puzzle called the mass ordering. NOvA is working toward a definitive answer to this question. Scientists on the experiment will continue studying antineutrinos through 2019 and, over the following years, will eventually collect equal amounts of data from neutrinos and antineutrinos.

“This first data set from antineutrinos is just a start to what promises to be an exciting run,” said NOvA co-spokesperson Tricia Vahle of the College of William and Mary. “It's early days, but NOvA is already giving us new insights into the many mysteries of neutrinos and antineutrinos.”

Banner image: NOvA, based at the U.S. Department of Energy's Fermi National Accelerator Laboratory, is the world's longest-baseline neutrino experiment. Its purpose is to discover more about neutrinos—ghostly yet abundant particles that travel through matter mostly without leaving a trace.
Photo courtesy of the NOvA collaboration, credited to Symmetry Magazine, artwork by Sandbox Studio, Chicago with Ana Kova.