Assistant Professor Jaideep Taggart Singh has received a U.S. Department of Energy Office of Science Early Career Research Program award. He has a joint appointment in the MSU Department of Physics and Astronomy and the Facility for Rare Isotope Beams.

The DoE's Early Career Research Program, in its ninth year, awards financial support to scientists from universities and DOE national labs who are in the early stages of their careers to help advance their research. This year, 84 U.S. scientists were selected for the honor. Dr. Singh was selected by the Office of Nuclear Physics to receive funding for his proposal

Singh's research examines how certain rare atoms with a pear-shaped core (nucleus) have unmatched sensitivity to new kinds of forces between subatomic particles that are not the same when the arrow of time is reversed. Such forces are believed to be responsible for all of the visible matter in the observable universe. These rare atoms, some for the first time, will be produced in large numbers at FRIB. 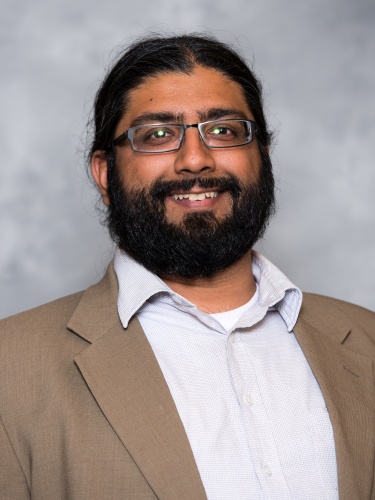 Jaideep Taggart Singh, Assistant Professor at the Facility for Rare Isotope Beams and the MSU Department of Physics & Astronomy.

In anticipation, he is developing a very sensitive laser-based clock using more common atoms implanted inside of a transparent sheet of frozen neon at bitterly cold temperatures (-452 degrees F). Implantation into a solid is potentially an effective way to efficiently capture and repeatedly probe the small number of rare atoms, such as radium and protactinium. The potential sensitivity of this new approach could be at least a few hundred times greater than the current leading experiment.

“I was speechless when I learned of my Early Career Award,” Singh said. “It will accelerate my research program by about 15 years. The award is a recognition of the world-class scientific support at the laboratory as well as the unique scientific opportunities of FRIB.”

Singh earned his bachelor’s degree in physics from the California Institute of Technology, and earned his doctorate in physics from the University of Virginia. He was a postdoctoral fellow at Argonne National Laboratory and a postdoctoral research scientist at Technische Universität München in Germany. In 2014, he joined MSU as an assistant professor in experimental nuclear science and began his research at the National Superconducting Cyclotron Laboratory.

For more information, see the articles on the NSCL website and MSU Today, and the abstract of Dr. Singh's proposal is on page 65 of the Fiscal Year 2018 DoE SC Early Career Research Program Abstracts PDF file.