Michigan State University high energy physicist Kendall Mahn is one of two analysis coordinators selected for the international Tokai-to-Kamioka (“T2K”) Experiment, which studies the properties of a small subatomic particle called the neutrino.

Neutrinos are the most abundant matter particles in the universe, yet very little is known about their role in the way the universe evolved. T2K is a neutrino experiment designed to investigate how neutrinos change from one flavor to another – electron, muon and tau – as they travel through space or matter in a strange behavior known as neutrino oscillation.

One of T2K's tasks is checking to see if the oscillations of neutrinos and anti-neutrinos display different behaviors. The analysis of all of its data and the models to which it is being compared is overseen by two analysis coordinators, who jointly oversee all physics results from the T2K Experiment, including standard oscillation physics, exotic physics searches and cross section measurements. 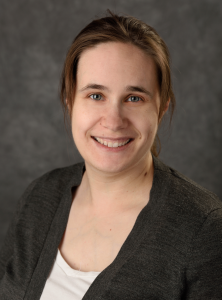 Mahn, an assistant professor in the MSU Department of Physics & Astronomy, whose research specializes in determining the detailed properties of neutrinos, is now one of these two analysis coordinators.

“T2K is an amazing collaboration with over 500 people from 11 countries,” Mahn said. “It is an honor to serve T2K in this new role. There is a lot of exciting physics ahead of us!”

Mahn joined the faculty of the MSU Department of Physics and Astronomy in 2014. She has been a member of T2K since 2009, and is also involved in analysis of data from the IceCube Neutrino Observatory at the South Pole and the planning of the Deep Underground Neutrino Experiment (DUNE), under construction at the Fermi National Accelerator Laboratory in Illinois and the Sanford Underground Research Facility in South Dakota. In 2016, she became the ninth member of the department to receive a prestigious Sloan Research Fellowship since the program's inception in 1955.

University Distinguished Professor Chip Brock, a senior member of the high energy physics experimental group with long-term activities in neutrino studies and faculty mentor for Mahn said that she will make a strong contribution in her new T2K role.

"Professor Mahn is highly respected and is tasked with increasingly significant roles in international projects at a relatively early career stage,” Brock said. “Under her leadership, the T2K experiment will complete its important mission with measurements that will point the way to a more fundamental understanding of neutrino properties and guide the next steps in world-wide neutrino experiments." 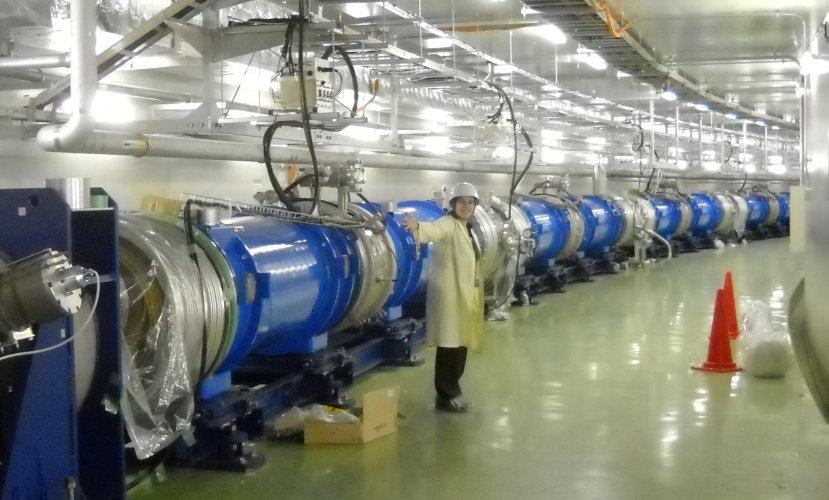 In the photo to the right, Dr. Kendall Mahn poses before some of the beamline elements of the accelerator used for the T2K experiment.

Photo credits: Harley Seeley (for the studio portrait of Dr. Mahn) and Kendall Mahn (for the photo of herself at the accelerator).

More About the Physics

Neutrinos are elementary particles which come in three types or “flavors”: electron, muon, and tau. As neutrinos travel through space or matter, they change from one flavor to another. This strange behavior, called “neutrino oscillation” was the subject of the 2015 Nobel Prize in Physics.

The T2K experiment is probing how neutrinos and their anti-particles, anti-neutrinos, oscillate. An accelerator located in Tokai, on the east coast of Japan, sends an intense beam of muon neutrinos or anti-neutrinos to Kamioka, 295 km (183 miles) away in central Japan. Detectors near the source in Tokai confirm the flavor and characteristics of the beam before the particles have had a chance to oscillate into other flavors, and the large Super-Kamiokande detector records neutrino or anti-neutrino interactions after significant oscillation has occurred while traveling the distance between the two sites.

One of the fundamental questions in science is “Why is the observable universe made nearly entirely of matter?” Most theories lead us to believe that matter and anti-matter would have been initially created in equal amounts. The imbalance implies a fundamental difference between the way matter behaves and the way anti-matter behaves under similar conditions, known as “charge-parity (CP) violation”. Since the T2K experiment is designed to observe oscillations of neutrinos and anti-neutrinos, it can check to see if they display such different behaviors.