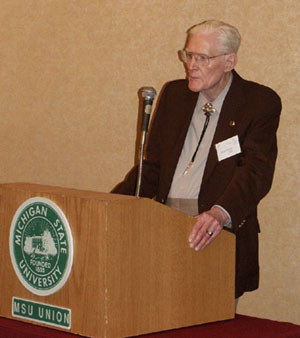 Dr. Milton Muelder during his presentation at the 75th birthday symposium for Dr. Henry Blosser 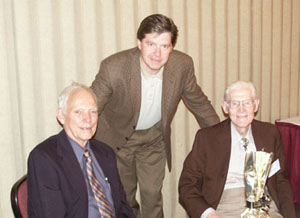 Dr. Milton Muelder is a life-long supporter and employee of Michigan State University who retired as Vice-President Emeritus and Dean of the Graduate School. He was essential in bringing a world-class nuclear physics program to MSU and hired University Distinguished Professor Emeritus Henry Blosser into the faculty of MSU to provide the initial momentum for this program. Dr. Blosser was the founding director of the National Superconducting Cyclotron Laboratory and a professor in the Department of Physics and Astronomy.

Following the wishes of the donor, the lectureship endowment income will be used to fund a special annual lecture in accelerator physics, nuclear physics, particle physics, or astrophysics.