Professor Emeritus Peter Schroeder passed away on February 25, 2018. He was 89 years old. This is the second loss of a long-time P-A faculty member in less than two months, as Tom Kaplan passed away on December 30, 2017.

Peter Schroeder joined the faculty of the MSU Department of Physics in September 1961 and retired in 1997. He published several papers on the general field of conduction in metals, including work on a system which was used in recent years on extracting information from magnetic media. 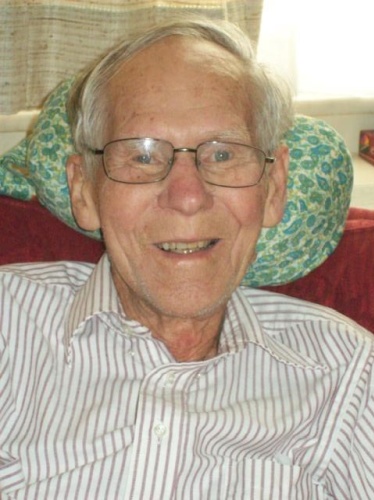 He was a member of The Peoples Church of East Lansing, where he served on its Outreach Commission and was involved in a study of relationships between science and religion. His interests in these matters led him to teach a number of physics courses with social aspects. For example, in an intense cold war period he taught a course on nuclear weaponry, and, in the university at large, worked with the Nuclear War Study Group. Later, he taught a course on Energy and the Environment which led him into the field of Global Warming, which he firmly believed was happening with possible disastrous consequences.

Born on December 6, 1928 in Dunedin, New Zealand, Peter Schroeder was a loving husband, father and friend. His sense of humor never left him and was enjoyed by all. He loved music, especially that played by his son, as well as Gilbert & Sullivan Operettas. He was known for playing the largest bell in the Choir, C3. Later in life he became an avid singer of boyhood songs. His main hobby was birding, spending hours with binoculars looking at birds and was particularly pleased when he viewed a resplendent Quetzal on one of his many travels.

He is predeceased by his son, Christopher Perran (1995). He is survived by his wife, Margaret; daughter Judith Anne; two brothers, Len and Graeme, and two sisters, Rona and Naneen in New Zealand.

The family is being served by Gorsline Runciman Funeral Homes, East Chapel. Online condolences may be made at www.greastlansing.com