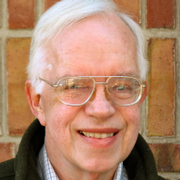 Sam M. Austin has long had an interest in the nuclear processes that power red-giant stars and that create the elements. On the side, he has performed pioneering experiments in nitrogen fixation in collaboration with the MSU Plant Research Laboratory. He has been chair of the MSU Department of Physics and Astronomy (1980-1983) and Director of the NSCL (1989-1992). He has held visiting appointments at Oxford University, the Niels Bohr Institute, the University of Munich, CEN-Saclay, France, TRIUMF (Vancouver, Canada), and Institut de Physique Nucleaire (Paris).

In retirement, he holds a research appointment at the NSCL and is active in JINA, the Joint Institute for Nuclear Astrophysics. He edits the JINA Virtual Journal of Nuclear Astrophysics, and performs research on helium burning processes and on the influence of weak interactions in explosive stellar events. He has been involved in the professional affairs of the American Physical Society, serving on its Executive Committee and as Chair of the APS Division of Nuclear Physics. He is a Fellow of the APS and the AAAS.