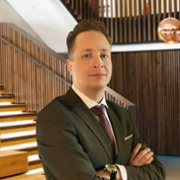 Our Solid State Quantum Optics Group (S2QO). Broadly speaking, we are using optical and microwave-based methods to study and control the interactions of light and matter. Our experiments cover a wide range of experimental conditions -  from strong and ultrafast laser pulses to single particles of light, from densely doped bulk crystals to individual atom-sized defects, from zero to strong magnetic fields (9T), from room temperature to cryogenic conditions (1.6K).

The group’s goal is to create optical devices for applications in quantum information processing such as optically controlled quantum bits for spin-based quantum computing or optical quantum memories to facilitate various aspects of photonic quantum information processing. To achieve this, we utilize a variety of solid-state platforms such as synthetic diamond or rare-earth-doped crystals. A few of our ongoing research projects are described below.

We intend to develop novel qubits in diamond for matter-based quantum information processing. The goal is to use our now improved knowledge of diamond defect physics to find replacements for current-generation contestants such as the NV or the SiV, which have been used successfully in a number of proof-of-principle experiments but face a variety of challenges making it difficult and/or costly to scale these technologies.

A second research line focuses on the development of optical devices which can be used to store or process quantum information encoded in photons. This project draws on our study of novel defects in diamond. However, to achieve efficient storage of single photons, we here use dense ensembles of such color centers as a storage medium. We employ off-resonant two-photon/Raman absorption protocols to achieve large memory acceptance bandwidths, enabling the storage of temporally short photons to achieve high data rates. Applications of such quantum memories include single-photon source synchronization, the generation of highly-entangled large photonic cluster resource states for one-way quantum computing, or single-photon-level nonlinearities for deterministic multi-photon gates.

As an extension of the quantum memory work described above we also focus on the development of quantum interconnects to interface a variety of photonic and spin-based platforms in a hybrid quantum landscape. We currently employ rare-earth doped crystals and are working on novel schemes to realize telecom-compatible photonic interactions and interfacing of microwave-based systems.

A more fundamental research topic is the use of diamond defects, specifically the nitrogen vacancy, as a testbed to study the thermodynamic properties of microscopic systems in the presence of quantum agents such as superposition or entanglement. In a landmark study we recently and for the first time demonstrated that individual microscopic heat engines can break the classical power-bound using quantum coherence between their energy levels as a resource. Building upon this concept we intend to study the thermodynamic influence of more complex quantum agents such as entanglement in many-body quantum systems in the future. This will help to improve our thermodynamic understanding of large entangled quantum systems as they will be used for quantum computing and perhaps, in the distant future, lead to quantum-enhanced energy storage solutions.

Before joining Michigan State University in December 2021, he was a Postdoctoral Research Assistant in the Ultrafast Quantum Optics & Metrology group at the University of Oxford (2017-2020), working on optical quantum memory technologies in atomic vapors and solid-state systems as well as on studies of quantum thermodynamics using diamond defects as a novel experimental testbed. There, he was part of the team that built the first quantum heat engine purely relying on thermal baths to beat the power bound of its classical counterpart, using nitrogen vacancy defects in diamond as the engine and quantum coherence within the engine as the non-classical resource. With the group’s move in 2020 he then joined Imperial College London as a Research Associate in Quantum Information where he was working on broadband atomic frequency comb quantum memories with rare earth-doped crystals as well as further experiments with atomic vapor-based quantum memories.

Becker received an M.Sc. in Chemistry in 2013 and a Ph.D. (Dr. rer. nat.) in Physics in 2017, both from Saarland University, Germany. There, he worked in the Quantum Optics Group for his graduate research, performing spectroscopic investigations and quantum control experiments of crystal defects in synthetic diamond. His research substantially contributed to making the silicon vacancy center, now a frontrunner for a quantum networking platform, accessible for quantum information processing applications.