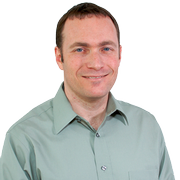 Ed is a theorist whose interests include accretion, astrophysical thermonuclear burning and compact objects. He has collaborated on several projects to study the densest matter in the observable universe, that found in neutron stars. Recent highlights include the first calculation of electron captures in the crust of an accreting neutron star using realistic nuclear physics input, a study of the "sinking" of heavy nuclei in the neutron star's ocean, and modeling of the cooling of a heated neutron star crust. His group is also active in trying to understand how some white dwarf stars explode to produce type Ia supernovae.

Ed earned a Ph.D. in 1999 from the University of California, Berkeley, under the supervision of Prof. Lars Bildsten (now a permanent member of the Kavli Institute for Theoretical Physics, UCSB). While at Berkeley, he was supported by a NASA Graduate Student Fellowship. Upon graduating, he was awarded an Enrico Fermi Fellowship at the University of Chicago, where he worked in the ASC Center for Thermonuclear Astrophysical Flashes. In 2004, he moved to Michigan State University to join the Physics & Astronomy faculty, with a joint appointment in the National Superconducting Cyclotron Laboratory. He is affiliated with the Joint Institute for Nuclear Astrophysics, an NSF Physics Frontier Center.