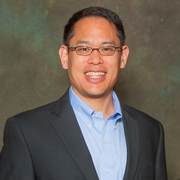 Before joining MSU in 2012, Stephen Hsu was director of the Institute for Theoretical Science and professor of physics at the University of Oregon. He also serves as scientific adviser to BGI (formerly the Beijing Genomics Institute) and as a member of its Cognitive Genomics Lab.

Hsu’s primary work has been in applications of quantum field theory, particularly in relation to problems in quantum chromodynamics, dark energy, black holes, entropy bounds, and particle physics beyond the standard model. He has also done work in genomics and bioinformatics, the theory of modern finance, and in encryption and information security.

Founder of two Silicon Valley companies—SafeWeb, a pioneer in SSL VPN (Secure Sockets Layer Virtual Private Networks) appliances, which was acquired by Symantec in 2003, and Robot Genius Inc., which developed antimalware technologies—Hsu has given invited research seminars and colloquia at leading research universities and laboratories around the world. He is the author of more than 100 research articles, ranging from theoretical physics and cosmology to computer science and biology.