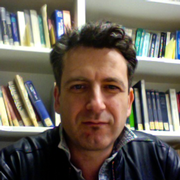 The strong interactions between protons and neutrons are described by a gauge theory, the so called Quantum Chromodynamics (QCD). While apparently simple, QCD is highly non-linear in the fundamental degrees of freedom, quarks and gluons, and in order to be used without relying on uncontrolled approximations we define it on a space-time grid.

The corresponding theory is called lattice QCD and it is the only known way to describe from first principles the non-perturbative dynamics of quarks and gluons. With the advent of fast supercomputers and algorithmic improvements the theoretical understanding of nuclear properties based on lattice QCD is a growing computational challenge and there is a huge effort in Nuclear Physics to understand how several nuclear phenomena emerge from QCD. In our group we combine theoretical and computational work to address a wide range of research topics that include fundamental symmetries and beyond the standard model physics, physics of nuclei and their impact to compact astrophysical environments, dark matter.

Fundamental symmetries and beyond the standard model physics

The Standard Model of Particle Physics (SM) has been widely successful in describing the measured particle spectrum and composition of matter ranging from quarks and gluons to multi-hadron systems. The SM does not provide though the requisite amount of CP violation to account for the observed matter/anti-matter asymmetry. Therefore any physical description of such phenomena requires a theory that goes beyond the Standard Model (BSM), while at the same time encompassing the SM and its predictions related to ordinary matter. The observed asymmetry between matter and antimatter in the universe can be studied by searching for a permanent electric dipole moment (EDM) in nucleons, in paramagnetic and diamagnetic atoms.

Atomic EDMs are particularly interesting because specific heavy rare isotopes produced at FRIB, have larger EDMs. Therefore an ab-initio determination of the EDMs of nucleons combined with the experimental effort at FRIB, provides the unique possibility to look for fingerprints of different sources of CP-violations and thus isolate candidates for physics BSM. Together with my collaborators we have proposed a new method to compute nucleon and light nuclei EDMs based on lattice QCD and a new tool, the so called Gradient Flow. We are currently extending this method to all CP-violating contributions to the EDM. The final goal is to have a complete calculation of all the CP-violating contributions to the EDMs of nucleons and light nuclei. This, combined with nuclear and atomic calculations, provides the necessary inputs to the experimental effort at FRIB for the fundamental symmetries studies.

Physics of nuclei and their impact to compact astrophysical environments

Other research topics we investigate in our group using lattice QCD include the two- and three-body nucleons and hyperons interactions. These are fundamental inputs of neutron star physics, especially after the recent experimental observation of two solar masses neutron stars. Essential to perform such calculations is the need to address the poor signal-to-noise ratio (SNR) behavior in baryonic systems. In our research program addressing the SNR problem plays a central role.

A very popular example of dark matter (DM) candidate is a weakly interacting massive particle (WIMP) like the ones that are predicted in a large class of models. Definite evidences for a direct detection of WIMPs have only been recently suggested, with various ongoing experiments providing rather severe constraints for the parameters of many DM models. A possible scenario for the detection of a WIMP type of DM particles relies on the idea that the WIMP, due to its assumed large mass, produces a Higgs boson that couples to the various quark flavor scalar density operators taken between nucleon states. In particular the production cross section depends quadratically, and therefore very sensitive, on the size of the of the scalar content contributions of different flavors in a nucleon.

With my collaborators we have proposed a new method, based on the Gradient Flow for fermions, that will reduce many of the systematic uncertainties of previous calculations. The understanding and precise determination of the quark scalar content of the nucleon has profound impact not only in DM searches but also on the physics of neutron stars. This is a synergistic activity for FRIB especially in view of the future collaboration with the future astronomy missions Joint Dark Energy Mission and the Advanced Compton Telescope.