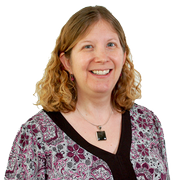 Currently my research is in the area of particle astrophysics. I study the most extreme environments in the universe — gamma-ray bursts, pulsars, supernovae and black holes — to investigate questions such as “What is dark matter?” and “What is the physics of the Universe at the highest energies?”.

The High Altitude Water Cherenkov (HAWC) gamma-ray observatory near Puebla, Mexico was built to detect the highest energy light (called gamma rays) coming from sources in the sky, like the Crab nebula, and will be taking data until 2020. I used my expertise in triggering and databases from collider experiments to help build HAWC. I was the Level-3 Manager of Databases from 2010-2014 and am now the Level-2 Deputy Manager of the detector (2015-present). My group uses HAWC data to look for new sources of high-energy (100 GeV to 100 TeV) gamma rays and to search for a particle candidate for dark matter.

Before working on HAWC I participated in two hadron collider experiments: CDF at Fermilab and ATLAS at CERN. I studied the heaviest of the quarks, called the top quark, and was convener of CDF’s Top Quark Group from 2006-2009. While on ATLAS, I also searched for exotic particles such as W’ and Z’ bosons. I contributed to the trigger systems on both ATLAS and CDF and was CDF's Trigger and Dataset Working Group leader from 2004-2006.