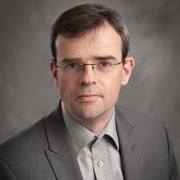 Professor Zegers was elected a 2017 Fellow of the American Physical Society. His statement of professional interests follows.

What makes a star explode and eject its material into space to create planets like earth? What is the mass of the neutrino? And what forces govern the properties of nuclei? These are some of the questions my research group is trying to address in a variety of experiments performed at the NSCL. Although these questions seem rather different in nature, elements of the underlying physics can be studied by using a particular class of nuclear reactions: charge-exchange reactions.

In charge-exchange reactions, a proton in a target nucleus is exchanged for a neutron in the projectile nucleus, or vice-versa, thereby transferring charge between the target and the projectile. Although such reactions are governed by the strong nuclear force, they are closely connected to electron-capture and beta-decay, which are transitions governed by the weak nuclear force. These weak interactions play an important role in the evolution of stars just before they become supernovae and in physics related to neutrinos, such as (neutrinoless) double-beta decay. Charge-exchange reactions are also very useful for probing specific properties of nuclei, especially those related to spin and isospin and are, therefore, used to improve and test our fundamental understanding of nuclear structure.

Currently, my research group is focused on implementing techniques for performing charge-exchange reactions on unstable nuclei. Although such nuclei only exist for a short amount of time, they can play an important role in stellar environments where temperatures and densities are high. In addition, by performing charge-exchange experiments on unstable nuclei, one can probe properties of nuclei that are not (easily) accessible when studying stable nuclei.

Performing charge-exchange studies in which unstable nuclei are probed requires that experiments are performed in inverse kinematics. We have developed a low energy neutron detector array (LENDA) for performing (proton, neutron) charge-exchange reactions in inverse kinematics. Some of our experiments, such as the ones using the (Lithium-7, Beryllium-7) and (Beryllium-10, Boron-10) probes, involve the detection of gamma-rays, either in the Segmented Germanium Array (SeGA) or the Gamma Ray Energy Tracking Array (GRETINA). Both types of experiment use the S800 magnetic spectrograph. Further technical developments will be an important component of future studies on charge-exchange reactions with unstable nuclei at NSCL, but also at the future Facility for Rare Isotope Beams (FRIB).

For a variety of purposes, we also perform charge-exchange experiments on stable nuclei and use a reaction in which a hydrogen-3 particle (consisting of 2 neutrons and 1 proton) exchanges a neutron for a proton in a stable target nucleus, thus becoming a helium-3 particle (2 protons and 1 neutron). The hydrogen-3 particles are not stable and are produced as a secondary beam. 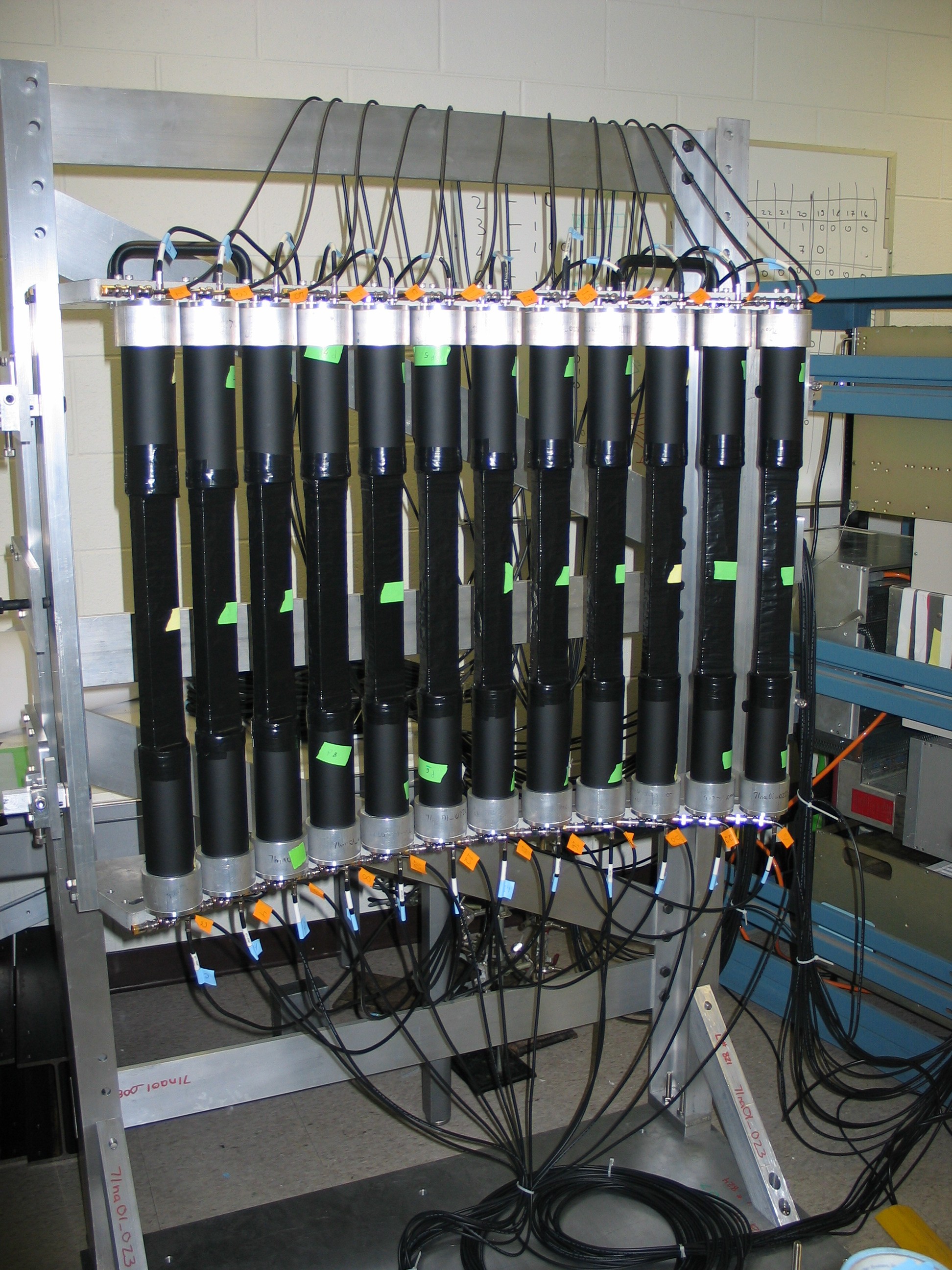 The newly-constructed Low-Energy Neutron Detector Array (LENDA) which will be used in (p,n) charge-exchange experiments in inverse kinematics with rare isotope beams.