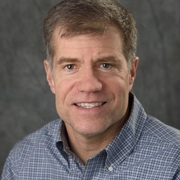 I am currently Professor and Chairperson of the Dept. of Physics and Astronomy at Michigan State University. I also am a member of the Board of Directors of the SOAR Telescope and recently served as President of the Board. Among recent awards, I received a University Distinguished Faculty Award in 2013, a MSU College of Natural Science Award Faculty Mentoring Award in 2014, and a Department of Physics and Astronomy Osgood Teaching Award in 2015. Before I became Department chair in 2018, I was associate chair for astronomy for a number of years. Some early service roles include membership on the National Academy Panel on the Galactic Neighborhood as part of the 2010 Decadal Survey for US Astronomy and Astrophysics and co-directing directing the Center for the Study of Cosmic Evolution at Michigan State for five years. Before coming to MSU, I was at Yale University for four years as Asst. Professor and Director of Graduate Studies in the Astronomy Dept. I was a Hubble Fellow at UC Berkeley and a postdoctoral fellow at Durham in the UK, and I received my PhD at Johns Hopkins University.