The ATLAS experiment detects and measures proton-proton collisions at the Large Hadron Collider (LHC). It is located at the CERN Laboratory in Geneva, Switzerland.

The Michigan State University (MSU) ATLAS Group is involved in a number of searches for new phenomena Beyond the Standard Model (BSM) of particle physics, as well as precision measurements of the Standard Model (SM). The group also works on important hardware upgrades to the ATLAS detector, to meet the demands of data collection and analysis as we push the limits of the LHC.

Currently the MSU group consists of 6 faculty members, 4 engineers, 5 postdoctoral researchers, and 8 graduate students. Below is a picture of a number of the MSU group members at CERN during the summer of 2019. 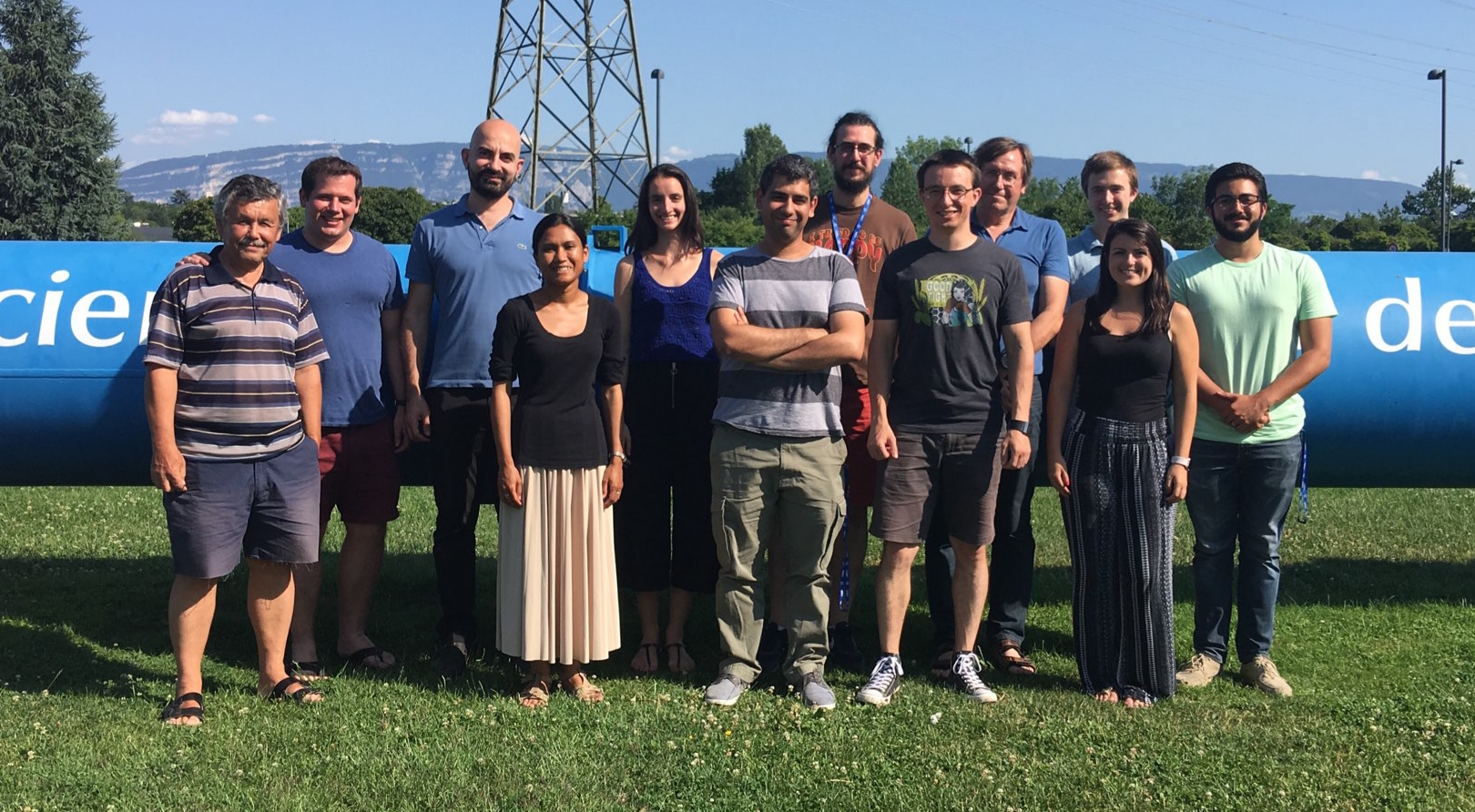 The MSU ATLAS groups searches for Exotic New Physics include those looking for new heavy gauge bosons, and the Graviton. The MSU group specialises in the searches for these particles through their decay to specific SM particles, such as two leptons (dielectron, dimuon, ditau), two quarks (top+anti-top, top+bottom), or a boson (W or Z) associated with a Higgs Boson.

As well as performing searches for new physics, it is important that we measure the SM particles to a very high precision. This allows us to deepen our knowledge of the SM, and might even point us in the direction of new physics at higher energy scales. The MSU group is involved in precision measurements of the Top Quark mass, as well as the measurement of the triple-differential Z boson cross-section.

Maintaining and upgrading the ATLAS detector is a vital task to ensure that data can be efficiently collected for data analysis. The MSU group is involved in the ATLAS Trigger and Data Acquisition Systems which sifts through the millions of collisions per second and records the most interesting ones for study. We are also participating in the in the upgrade of the L1 Calo trigger, and Tile Calorimeter.